On December 1st, World AIDS Day 2017, the Desmond Tutu HIV Foundation (Cape Town, South Africa) partnered with Butler’s Pizza. Butler’s pizza made fifteen pizzas per clinic to help us show our appreciation for our healthcare workers in clinics around the Klipfontein and Mitchell’s Plain regions.
The nurses and health workers were delighted that their work is appreciated and acknowledged. They thanked Butler’s Pizza for their generosity and for providing them with a special lunch.
Additionally, Butler’s Pizza did a promotion so that anyone ordering a pizza on the week around World AIDS Day had the option to donate to the Desmond Tutu HIV Foundation. Along with the order, each delivery arrived with a World AIDS Day red ribbon key ring.
We thank Butler’s Pizza for their generosity and for helping make this year’s World AIDS Day a special event to remember. This year’s theme was ‘Let’s End It’: Let’s end the stigma, the isolation and transmission. The flyer sent out with each pizza contained 5 things you may not know about HIV today:

1. Almost 2000 young women in South Africa are infected with HIV every week. Women account for over half of the population of people living with HIV and are especially at risk from unequal social, cultural and economic conditions.

2. An HIV positive person who takes daily medication and has a suppressed viral load will not transmit the virus. HIV prevention and treatment have come a long way since the virus first came to South Africa: in 2016, just over half of South Africans living with HIV were on antiretroviral treatment.

3. Consistent condom-use is still the best way to protect yourself against HIV infection and transmission, as well as other STDs. If used consistently and correctly, they are 98-99% effective.

4. PrEP is an HIV prevention pill for HIV-negative people. If taken daily, it will prevent HIV infection just like a daily contraceptive pill prevents pregnancy. It is available in pharmacies and is becoming more accessible in South Africa. Certain places around the country are rolling out PrEP, including spaces like universities where high-risk adolescents can access it easily. The next challenge is to continue until PrEP is available to everyone across South Africa.

5. The HIV epidemic is not under control. There is still a long way to go before we end HIV. But, with passion and dedication, like that shown by our healthcare staff, we can get there. We need to stay focused and engage – we can still be the generation to end HIV! 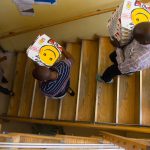 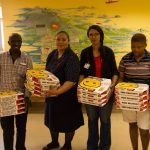 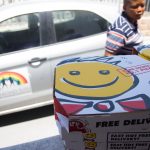